I’m not in love with your outer shell. What I love is what is inside you. —Seo Do-jae

Today is a good day because I have a new addition to my list of favorite K dramas. Beauty Inside (or The Beauty Inside if you want to be grammatical), piqued my interest the moment I saw its teasers on K-pop news portals like Soompi. Although I wasn’t familiar with the lead actors (I only knew Ahn Jae-hyun and Lee Da-hee), they looked promising and aesthetically compatible. My expectations were neutral, so I was surprised by how much I enjoyed the show. It’s predominantly a happy-feels drama, so I recommend watching it when you’re stressed.

The main premise of Beauty Inside is similar to that of Rich Man. Seo Do-jae (Lee Min-ki) is a not-so-nice chaebol (corporate heir) who suffers from prosopagnosia. He cannot identify or distinguish people’s faces, not even those of his loved ones. Meanwhile, Han Se-gye (Seo Hyun-jin), is a pretty actress who’s famous (or infamous) for her strange disappearances during tapings and award ceremonies. The reason for the latter phenomenon is that she becomes a different person once a month. When these two characters meet, they get on each other’s nerves. However, their cat-and-dog dynamic changes because of some ironic twist: only Seo Do-jae can recognize Han Se-gye when The Change happens.

Seo Do-jae’s sister and Han Se-gye’s best friend complement the drama with a secondary romance. Kang Sa-ra (Lee Da-hee) is a feisty and gorgeous woman who wants to prove herself in her patriarchal company. She generally dislikes “nice guys,” but her resolve falters when she gets to know Ryu Eun-ho (Ahn Jae-hyun). Sadly, a romantic relationship might be impossible since the latter dreams of becoming a priest. These two storylines work together to make each 1-hour episode thrilling, hilarious, and occasionally poignant (episodes 10 and 11 made my throat heavy with unshed tears).

At first, I was confused about the drama’s genre because although it had a contemporary setting, magical phenomena were happening. Han Se-gye’s transformations eventually became “natural” in the eyes of the other protagonists, and their cause wasn’t even explained. They just happened whenever the plot needed to move forward. From this perspective, Beauty Inside can be classified under magical realism. I can’t remember if I’ve watched other MR dramas, so I should probably give plus points for relative innovation.

Another thing that I liked was the drama’s grounded depiction of prosopagnosia. Unlike other dramas, Beauty Inside did not cure the disease with that overrated cure-all called love. Seo Do-jae sometimes felt frustrated because he couldn’t see Han Se-gye’s actual face; he could only recognize her because of minute details like the way she walked and dressed. He practiced the same level of scrutiny among his family members, who were thankfully a great support network. Even though K dramas are fictional, I always appreciate it when they do not stray too far from reality.

All of the relationships in this drama were meaningful. Both of the love stories were developed organically as the protagonists learned to embrace each other’s peculiarities. Furthermore, the camaraderie between the main and side characters was funny and heartwarming. I couldn’t count how many times they bonded over a bottle of soju or a game of Go-Stop, bantering like a group of silly teenagers. The professional yet brotherly dynamic between Seo Do-jae and Jung Joo-hwan (Lee Tai-ri) was particularly entertaining. I chuckled whenever the latter not-so-teasingly asked for a raise.

My sole complaint about this show was the predictable conflict (and its resolution). From the get-go, I already knew that Seo Do-jae and Han Se-gye would drift apart once the cause of the former’s disability was revealed. When my hunch was confirmed, I was upset with Han Se-gye and her shallow reasoning. I didn’t want to ride the wave of heartbreak, so I looked for spoilers online. LOL. Fortunately, the breakup only lasted for (whisper whisper). Assured of an acceptable ending, I pushed through and overcame my disappointment.

In the end, I gave Beauty Inside 4 out of 5 stars. Regardless of its foreseeable content, it conveys an important truth that we tend to forget: character is more significant than physical beauty. If you find someone who has both, consider yourself blessed. Also, Seo Do-jae’s struggle with prosopagnosia illustrates that disabled people are not incapable of attaining happiness. If anything, their condition gives them a deeper appreciation of life. With that in mind, I highly recommend this drama to Koreaboos wanting to strike a balance between the cute and the profound. 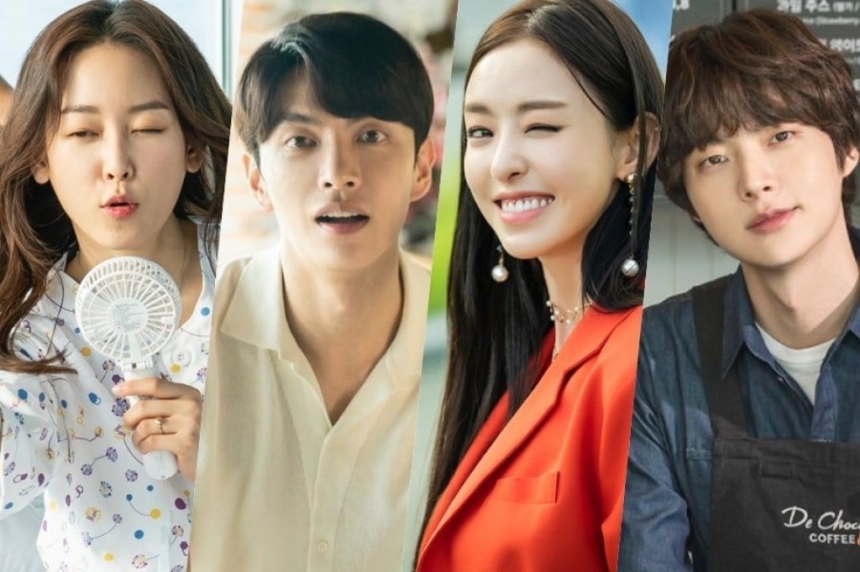 1 reply to Does Your Face Really Matter?