Hi, bookish friends! As a participant in the Wicked Fox blog tour, I was given the opportunity to give Kat Cho a writing prompt. Her debut novel comes out today, and I encourage you to get a copy. You can check out my review if you want to know my thoughts on it. 🙂 Thanks to Penguin Teen for making this post possible. ❤

If you were born as a Gumiho, would you see it as a blessing or a curse?

Oh, this question is so hard. I think if everything else about me were the same and I was a gumiho, I would see it as a curse. Mostly because, like Miyoung, I would feel intense guilt about having to kill others just so I could survive. It’s strange, because as a Young Adult author I do think about these things a lot, namely, what would you do to survive? But I think that it’s easier to justify brutal actions when you’re living in a brutal world (aka post-apocalyptic/dystopian). It’s much harder to justify being murderous when the world is normal and generally supposed to be safe, but you are the dangerous thing lurking in the night.

However, I also don’t know if I would be brave enough to let myself die in order to save the lives of others. I’d like to think I would, but honestly, I was very scared of death as a child to the point that I would wake up crying at night because of it. Also, fun fact, I thought cows lived forever so I really wanted to be a cow. Anyway, that’s just a really long answer to say, I don’t think I’d want to be a gumiho. Now, I’d be a dokkaebi (Korean goblin), especially if I had my goblin staff because it could summon cool things and I’d be able to eat any food I wanted any time I wanted! 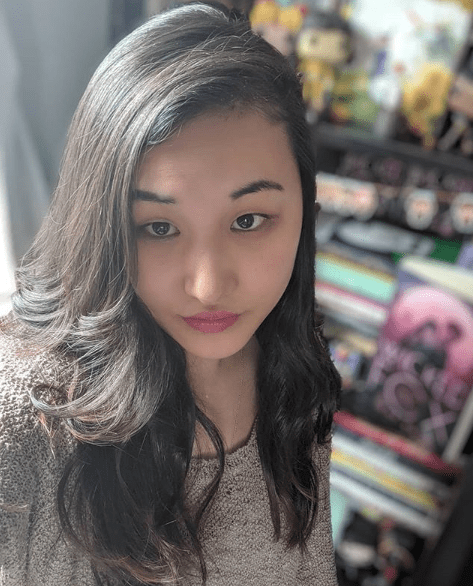 Kat Cho used to hide books under the bathroom sink and then sneak in there to read after bedtime. Her parents pretended not to know. This helped when she decided to write a dinosaur time-travel novel at the tender age of nine. Sadly, that book was not published. She currently lives and works in NYC and spends her free time trying to figure out what kind of puppy to adopt. Kat’s YA contemporary fantasy, Wicked Fox (out with Putnam Books for Young Readers/Penguin), is her debut.