Happy Thursday, booknerds! Today is kinda special because this post is my 10th author interview. I’m so happy because I continue to meet amiable and talented authors in the YA community. Today’s post features K. Ancrum, debut author of The Wicker King. I found this book to be so weird, but it was not in a bad way. If you want to know more about my thoughts on it, check out my review. The Wicker King comes out this fall (October 31), and I hope that you will enjoy reading it. 🙂 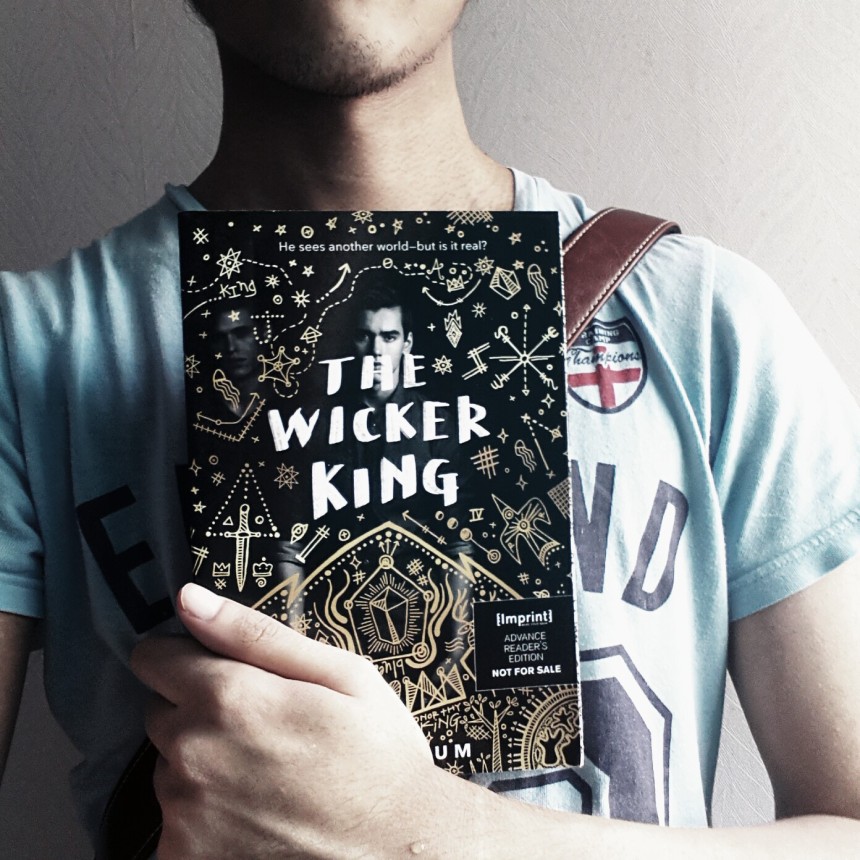 “It’s an incredibly under-discussed phenomenon. When we think about toxic relationships, we nearly always categorize someone as the aggressor and someone else as the victim. With codependency, both parties contribute to the issue—acting as aggressor and victim simultaneously—both inflicting damage, whether intentional or accidental. With August and Jack, a primary aspect of the book is the neglect that both of them suffer and their attempt to resolve their emotional needs in each other. They spiral into codependency because they are both taking from one another in volumes that the other cannot satisfy without destroying himself. They take from one another because they are lacking the traditional sources for their needs, and they make poor decisions because there is no real authority around to guide them not to. It’s a sad and dangerous situation and its entirely too common to be as under-discussed as it is.”

“Yes. They’re not designed to be liked. They’re more designed to be cared about or worried about. My goal was to make readers feel protective of them—regardless of their faults.
Also, upon finishing the book, I wanted readers to view them with a sort of wary caution and feel more reflective about their circumstances and the topic at hand, than have a ‘favorite’ between them. That unbalanced emotionally conflicted mood you felt after finishing the book was entirely intentional.”

“I—as you’ve probably guessed— greatly enjoy queer theory. When I first drafted the manuscript, the relationship between August and Jack was even more subtle because I enjoyed the ambiguity of the situation (as well as its comparison to old queer coded text, in a way that echoes the fairy tale feel of the story). The only hints of interest originally came from secondary characters who verbally assert their observations that August has feelings for Jack to his face—a fact that he’s not ready to recognize until the end of the book. However, as the manuscript grew and matured, I began to value representation over artistic subtlety.   I originally wrote it as a meticulous, queer-coded ode to older braver stories (Like Marie de France’s Bisclavret). But refined it into something that would resonate much stronger with my intended audience. Not everyone has sat through Uni level Arthurian literature and as I’ve gotten older, I’ve grown to respect and value that.”

“This is so hard.Well. I care about August a lot, but by god, my heart beats for Jack. The manuscript is written from August’s perspective of course—but he’s an unreliable narrator. If you have time to re-read the book from Jack’s perspective (or take a gander at the e-novella which is written in Jack’s perspective which is to be sold separately) the amount of love and sheer terror that he hides behind his teeth, even while he’s shouting demands, is stunning. Even as he twists himself into something terrible to suit August’s terrible needs, you can see him shivering in fear. There is not a second in this book where Jack is not looking at August and begging to be loved.  There is a feral-ness to that kind of hope that absolutely makes my veins sing.”

“The themes that I wanted to cover are: The negative effects of parental neglect, the devastation as a result of ignoring offered help when you need it, the importance of mental healthcare being appropriately suited to the needs of the patient, the wretchedness of our policing system when dealing with mental health fallout, and how students can slip through the cracks when their school cares more about their grades and classroom behavior than their overall wellbeing.

“As for sexuality, I feel a tenderness towards the ‘Questioning’ stage many people go through when navigating their identity. Jack is just a bi kid being bi. August, on the other hand, takes ages to correctly identify attraction: trying to fit that square block into round holes of ‘responsibility’ ‘duty’ ‘allegiance’ and ‘ownership’, before settling into a wordless yearning Meanwhile, he denies other people’s subtle suggestions the whole way. Sometimes it takes a bit of time and that’s okay. I also wanted the resolution of the feelings they had for each other to be the one good thing they got out of their wretched journey. I’m a sucker for happy endings.”

“August would be a fun boyfriend. Jack would be steadfast in a way that would make him a good husband. However, I think that separately they are both lacking and in order to have good balance they need to be together. Which, consequently, is exactly what happens: In my next book THE WEIGHT OF STARS (which is set in the same small town, 25 years in the future, about a different group of seniors attending the same school) the Main character’s best friend is Rina, August and Jack’s child. So you’ll get to see a taste of what healthy Polyamory looks like, as well as meeting August and Jack as adults.”

7. What are the perfect songs to listen to while reading The Wicker King?

IM A HUGE NERD AND MADE A SOUNDTRACK AGES BEFORE THE ARCs WENT OUT SO HERE YOU GO.

K. Ancrum grew up in Chicago Illinois. She attended Dominican University to study Fashion Merchandizing, but was lured into getting an English degree after spending too many nights experimenting with hard literary criticism and hanging out with unsavory types, like poetry students. Currently, she lives in Andersonville and writes books at work when no one is looking.